Social media has been a transformative and connective asset to people’s lives since it first began in 1997. Regardless of the platform, social media empowers users to display their thoughts, beliefs, and actions at the touch of a finger making it easier to learn more about each other than ever before. This transparency has enabled attorneys to utilize social media platforms in their cases and to learn more information about potential jurors during the voir dire process. 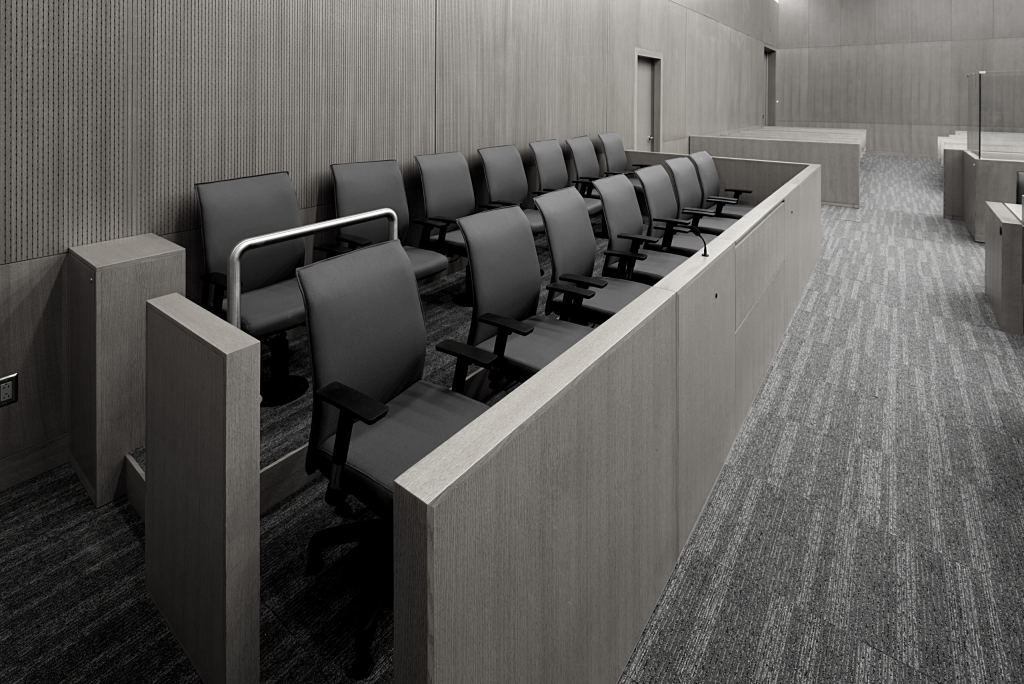 Despite its intention to connect people with one another, social media also has the ability to highlight troublesome behavior and beliefs. The ability to publish certain aspects about one’s life can be a useful tool when uncovering certain characteristics about said individual, especially in a legal setting. As far as the legal setting is concerned, there are numerous ways social media usage can hurt a client’s case. A perfect example of this was with a couple by the names of Marcus and Maria who were engaged in a custody battle over their son. Marcus’s attorney was able to access Maria’s Facebook, which was a treasure-trove of information, and provided supportive evidence that was needed to help Marcus gain full custody of his son. Maria’s Facebook profile contained information that was used to demonstrate that Maria was actively using drugs, had been kicked out of a nightclub for poor behavior, and was even planning to move out of state in the near future, which she had not disclosed to Marcus or the court. Luckily for Marcus, the transparency in Maria’s Facebook helped his attorney construct his case against Maria1.

What is Voir Dire?

Voir dire is French for “to speak the truth”. It is the process before trial which attorneys get to question potential jurors about their suitability for jury duty. This line of questioning gives attorneys and judges the opportunity to gauge a juror’s personality and views2. Attorneys try to determine whether or not any of the jurors possess any kind of bias, or if there is reason to not allow the prospective juror to serve in the trial. Reasons for not allowing a juror to serve in trial include: existing knowledge of the facts, relationship with either party, their job might lead to bias, prejudice towards the death penalty, or previous experiences which are deemed similar to the case.

When an attorney or a judge wants to dismiss a prospective juror from the venire, they have two options. The first is referred to as a “challenge for cause”. This reason refers to the previous paragraph, which is based on the potential juror admitting bias, personal knowledge of the facts, or a relationship with one of the parties. The second reason to dismiss a juror is referred to as “peremptory challenge”. This is the right to have a juror dismissed without having to state a reason. Depending on the case and state the case is be tried, the number of peremptory challenges differs3.

Why is Social Media Important to the Voir Dire Process?

With the advent of social media, attorneys are now able to gather more information about prospective jurors than they normally would by conventional means. If a juror’s account is accessible and open to the public, an attorney is then able to discover information, beliefs, and reactions that may not be available or recreated in a legal setting. This procurement of information can be utilized when formulating questions for selecting potential jurors.

Can Prying into a Potential Juror’s Social Media Have a Negative Impact on the Juror’s Opinion of the Attorney and Case?

When the respondents were then categorized into two groups, either previous jurors or non-jurors, the previous jurors showed more appreciation of the background checks. However, regardless of the group, 85% of the jurors felt more comfortable to be questioned about these matters in private as opposed to being questioned in front of the entire venire about the background searches. In fact, attorneys who questioned in private received more respect from jurors. Roughly 80% preferred this type of personal questioning to be done in private, while 63% would still respect the attorney if the questioning was done in front of others4. 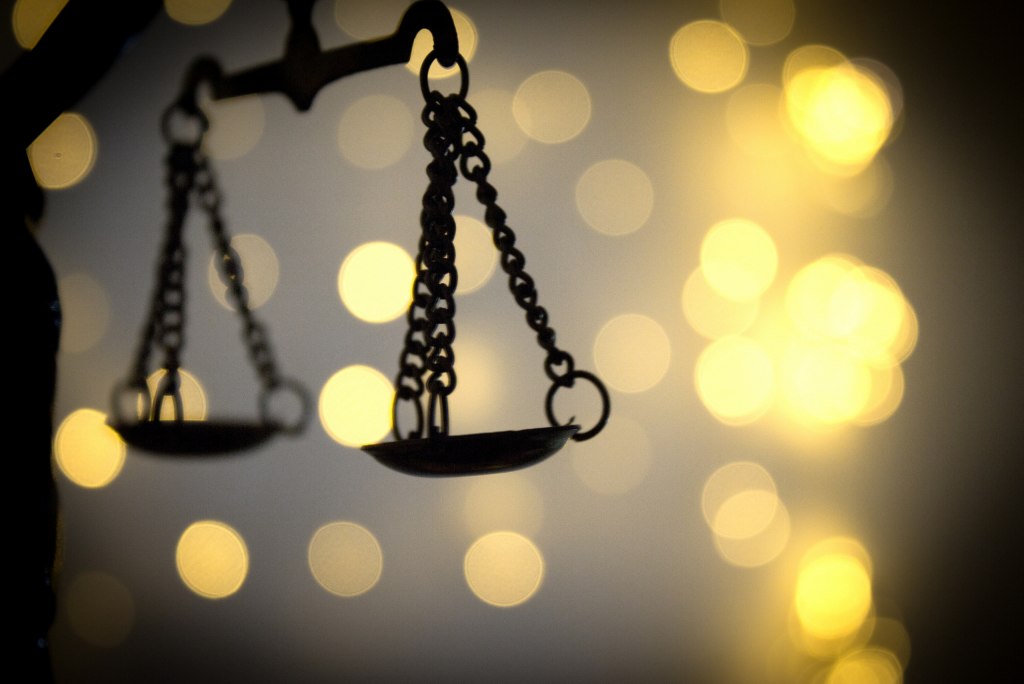 As the survey concluded, jurors are not overly concerned with an attorney conducting background searches and social media findings. Depending on the information and the judge’s discretion, certain information is better questioned in private than in front of the entire venire. There is a reasonable sense of respect for an attorney using all the resources they have available to try their best to ensure a favorable outcome for their respective clients.

How Do you Deconstruct Social Media Posts for Valuable Information?

Now that there are reasonable grounds to believe that jurors are somewhat unbothered by social media vetting, how do you deconstruct these posts for valuable information? Well, it is important to first point out that not every prospective juror will have a public account, nor is it certain that their account will be discoverable. On top of that, certain platforms like Twitter have many users who do not disclose their actual names. Out of all of the social media platforms, Facebook may be the most efficient platform to conduct these searches even though they draw in an older demographic, meaning that some may have difficulties finding younger generations. Let’s first take a look at Facebook and how to pull valuable information from a profile.

Facebook allows users to comment, post, share, and react to other posts. Reactions to posts can be useful to see how users feel about certain content, like news related topics that are similar to a case. The more obvious takeaways come from posts and replies. By going to a user’s profile, you can see the posts they have engaged with and posted about. These comments and posts can be useful to gain insight to how a juror reacts and feels about certain topics that may prove useful in a line of questioning. Make no mistake, even after finding a juror’s profile, it still takes a considerable amount of time, depending on the volume of posts, to search and find valuable information.

Twitter and Instagram tend to be more difficult to track down users because they may not use their real names. On Twitter, you can find a user’s posts, likes, replies, and media as long as they are discoverable. Instagram is a platform that allows users to post pictures and videos, while also allowing them to comment and like on other users posts. These comments and likes are not associated with the user’s profile page and will be extremely difficult to find. Also, since only media is allowed to be posted, there may not be very much valuable information to be gained like Facebook or Twitter. Nevertheless, you never know what you can uncover about a prospective juror until you conduct these searches.

Social media is a valuable tool in today’s society. It can prove useful in gaining leverage and valuable insight in the courtroom. Fortunately for attorneys, most jurors expect and understand an attorney conducting background searches on them. The public’s perception of lawyers, whether it be from television or elsewhere, respect an attorney’s willingness to go the extra mile for their client. Depending on the information and how sensitive it is or its importance to the case at hand, it is imperative to note that jurors feel more comfortable being questioned about these topics in a more private setting than the venire. For this reason, it is important to communicate with the judge beforehand about these sensitive questions and their relevance in order to err on the side of caution. If the judge does not grant the request for questioning away from the venire, then a more strategic approach will be necessary when deciding the value of the questions at hand.

Also, remember that searching for prospective juror’s social media accounts takes time, and not all of them will be accessible or discoverable. For those that are accessible, it takes time and diligence to search through their profile for valuable information whether it be posts, comments, likes, or other features specific to the platform. What can be considered useful information from social media accounts? It depends on the particular case.  But reactions to news posts, dynamic opinions, beliefs, and social ideologies, however, can be impactful depending on the circumstances.