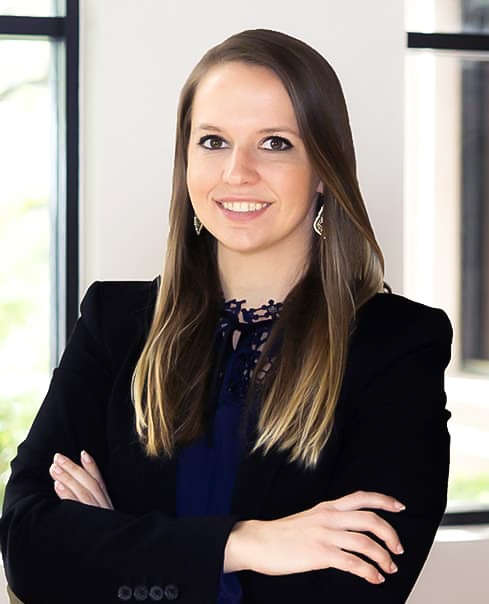 In 2012, she joined Watts Guerra LLP and began working in the medical records department.  One year later, she applied for law school.

She interned for Judge David Ezra in the Western District Texas where she had the opportunity to work on local cases as well as those arising out of the Ninth Circuit Court of Appeals.  Rebecca also volunteered at pro bono events such as wills and Veterans clinics.

During her free time, Rebecca loves to spend time with her family and her dog, T-Bone.