After taking the LSAT, writing personal statements, and getting into law school, law students embark on their final years of their schooling before they take the bar exam to become a practicing attorney. These students are faced with new terrain to traverse all while trying to plan their career path which can be overwhelming.

In the next segment in our interview with capital partner Frank Guerra, Frank answers the law clerk’s questions about being a law student. He dives into his favorite class from law school, a piece of advice he wishes someone told him as a student, and other tips.

In case you missed our first segment with Frank, catch up here. 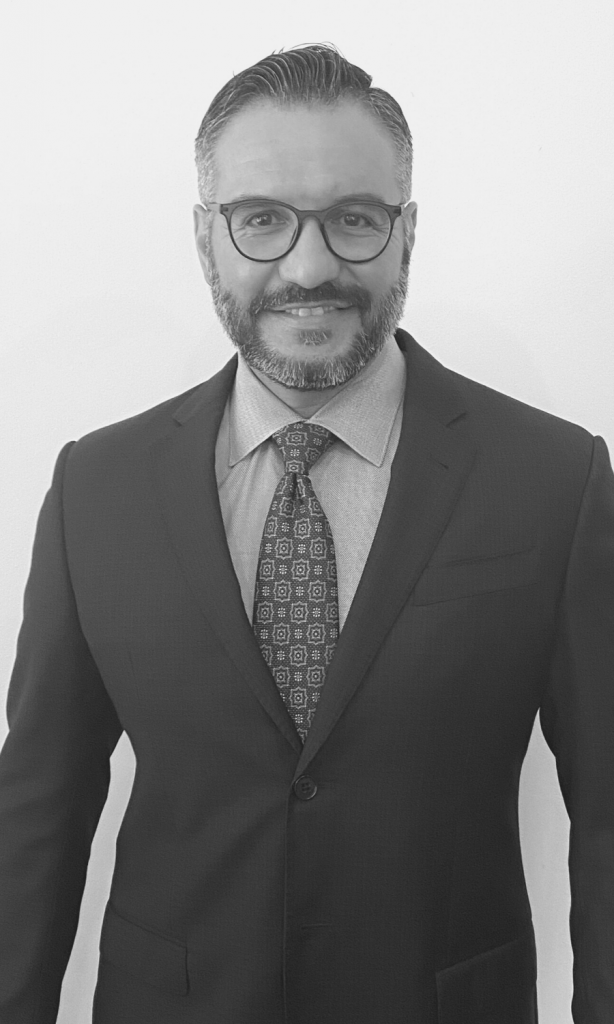 What was your favorite class or experience from law school and why?

My favorite class in law school had absolutely nothing to do with the subject matter.  Believe it or not, it was federal civil procedure which was boring as hell.  It was, however, my favorite due to the professor who taught it. I was fortunate enough to have a professor named Michael Tigar.  Professor Tigar was a charged and colorful individual. His background included attending Berkley for undergrad where he was considered such a liberal that even Berkley almost tried to kick him out.  He represented an array of criminal defendants like one of the Oklahoma City bombers, Ivan the Terrible, and even a very conservative Republican Senator named K Bailey Hutchinson.  One of the reasons why I enjoyed his class was that he was highly entertaining.  Professor Tigar shared a lot of really wonderful “real life” stories that captivated the class.  You could tell that he not only loved the law, but he also loved the type of law that he practiced. Every now and then, he even taught us a little Federal Civil Procedure

As a young law student, I once thought that criminal law was my calling. The main thing I learned from Professor Tigar, however, was that in order to be a criminal defense attorney, you have to have a certain mindset. You have to believe in the bottom of your heart, that no matter what, your sole job was to make the government prove beyond a reasonable doubt that your client was guilty of the crime for which he/she was charged. On top of that, you had to believe if the government did not do this, your client should go free regardless if they actually committed the crime or not.

I was so baffled and amazed by that thought process.  How can an officer of the court let a criminal go free even if he knew that he was guilty?  Well, Professor Tigar believed that if the government did not prove its case beyond a reasonable doubt, the United States Constitution guaranteed that his client should be set free.  Nothing else matters when it comes to freedom, certainly not whether his client was actually guilty.  For a kid from South Texas that saw most issues as either black or white, I could not fathom how somebody could live by this belief.  But he did and he was consistent in that belief, no matter the race or political affiliation of his client.

From an experience standpoint, I learned a lot from him as a professor. Certainly, I learned federal civil procedure, but mainly, I learned the philosophy required for being a criminal defense lawyer. His perspective made me realize that I could never practice in this area of the law.  If I didn’t believe my client was innocent, I simply could not defend him/her.  Civil law then became my calling.

For students in law school, what is something you wish someone would have told you?

I wish someone would have told me while I was in law school to stop stressing about picking the area of law for which I should focus my legal career. By the time you are completing law school you have invested at least seven years of your life in education and building the foundation for your career.  After investing all that time, you certainly believe that you should have clarity on the area of specialty because that is what they tell you right? You’re in law school, you’re now mature, and you’re not an irresponsible college student anymore. Society makes you feel like you should know exactly what you are going to do. However, that is a completely false statement. You are just as clueless as when you started law school and that causes a lot of unnecessary stress.

When I was searching for a job I sent out one resume to one sole law firm. As best as I could decide then, I believed that this is the type of law that I wanted to practice for the rest of my life with this one hand-chosen law firm.  In fact, I convinced myself that I shouldn’t even apply anywhere else. Although I believe I hit a homerun with my first law firm and the experience I gained there was invaluable, the ideology behind this way of thinking is completely false. You get exposed to so much in the first five years of your law practice that you may decide to shift your focus to a completely different area of law than what you previously were practicing.

What they should be teaching law students is to keep an open mind and pick what you want to do for the next 3-5 years.  They should also teach you to not be afraid to make a change if that is what your heart is telling you to do. You might find some other legal field becomes your passion over the course of your career. If you begin with the mindset that you can make a change, it relieves that whole pressure created by finding and interviewing for your first job. The reality is that you won’t have to have clarity on your career path in year one or even year five of your practice. It’s ok to not know exactly what you want to do for the rest of your life. It’s ok to pick a job for 3 or 5 years and move to a different area after those first few years. That’s perfectly acceptable and students need to know that while they are in law school.  I think this is why we call it the practice of law.

What advice do you have for law students to be better prepared to become trial lawyers?

Exposure, exposure, exposure and practice, practice, practice. If you really want to be a trial lawyer, get involved in any organization in the law school that allows you to practice becoming a real trial lawyer. Try out for and get on as many mock trial teams as the school offers.  Volunteer to be a witness.  If you get on a team, try as many mock trials as you can do so during your three years of law school. If there is a tournament for which you can volunteer, do it. In other words, get as much in-school practice as you can.

Don’t forget to also get out into the real world. Apply for a clerkship with a law firm that actually tries cases, even if you have to work for free. Let them know that you are interested in observing the process, watching depositions, and watching a trial or a hearing. Watching other people in the everyday legal process demystifies the way it is done. The thing you realize when watching others is that everyone gets nervous and everyone has a different style. The more exposure you have, the more you start to learn what styles you believe are best for you when you start practicing law.   Eventually, you will find your style to become the sincere you in front of a jury.

Some may be lucky enough to get a clerkship with a trial judge which will demystify everything even more. You get to sit and watch from the throne how other lawyers handle themselves in the courtroom and also how the judge processes his or her methodology to answer a question. Being involved in the fight, even as a spectator, will help you as much as an actual mock trial. Get yourself immersed in the industry in any way you can do so. Exposing yourself to the real world of trials is the single most important thing you can do to prepare because once you jump in the fight for real, you’ll be familiar with all parts of the battle.

How do you set yourself apart from others when interviewing for jobs?

First, you have to assume that everyone that is interviewing for your spot is a badass just like you.  In that light, when preparing for an interview, think about all the strengths you have that make you the best hire. From those, pick 3 things that highlight you and make you a unique asset. Keep in mind that if you don’t believe that you are unique in these three ways, then you certainly will never be able to sell it to a potential employer.

When in the interview, be sure to sell the sincere and genuine “you”.  Do not try to sell yourself as something that you are not.  Here are a few examples that can be utilized in an interview:

Ultimately, pick three things that you believe are not only your best strong points but also say “Here’s why I’m different”. The caveat is that you have to believe it. No matter what the job interview is, showcase who you are for real. I have interviewed a lot of people and all I’ve really cared about is “how sincere is the asset?” and “how can I use this asset for the greater good of my organization?”. If you are not sincerely selling what it is that makes you special, you’re never going to get the job.

Law school is a challenging time in any future attorney’s life, but making the most out of your time there is key to the foundation of your career. Remembering along the way that your path to being an attorney may shift and change as you discover your passion is essential to your success. Frank’s tips and tricks for aspiring attorneys are discoveries he has made through his many years of being an attorney. Stay tuned for his next (and final) installment in this series!